India is a travellers’ delight. Blessed with colourful heritage & culture along with wildlife, luxury hospitality and amazing cherished experiences. The Golden Triangle tour is the most popular itinerary of exploring India. Wildlife is a unique charm of the country, vast and diverse like the country itself.

Combining the two highlights of India, which is the Golden Triangle itinerary with wildlife is a matchless way to discover the country. While exploring the rich and colourful heritage of India, in the cities of Delhi, Agra and Jaipur, escape to the heart of natural bliss in the many national parks and wildlife reserves. After sightseeing, heritage walks, cultural activities, delightful dining, shopping and pampering stay, it is amazing to discover the natural blessings. Go on safaris, try bird watching, stay at wildlife resorts and indulge in simple pleasures.

The Ranthambore National Park is one of the pioneers of Project Tiger, the sanctuary is home to more than 76 Royal Bengal Tigers. Besides the big cats, crocodiles basking in the sun, birds and other species of wildlife are easily sighted.

Settled in the wilderness of Rajasthan, the wildlife reserve was formerly the hunting grounds of the royal family of Jaipur. It is dotted with structures that remind you of bygone eras, especially the might Ranthambore Fort as well as the many safari lodges. Jungle safaris are thrilling. Just a short drive from Jaipur, it is a must-visit site, a perfect Golden Triangle with Wildlife Tour. 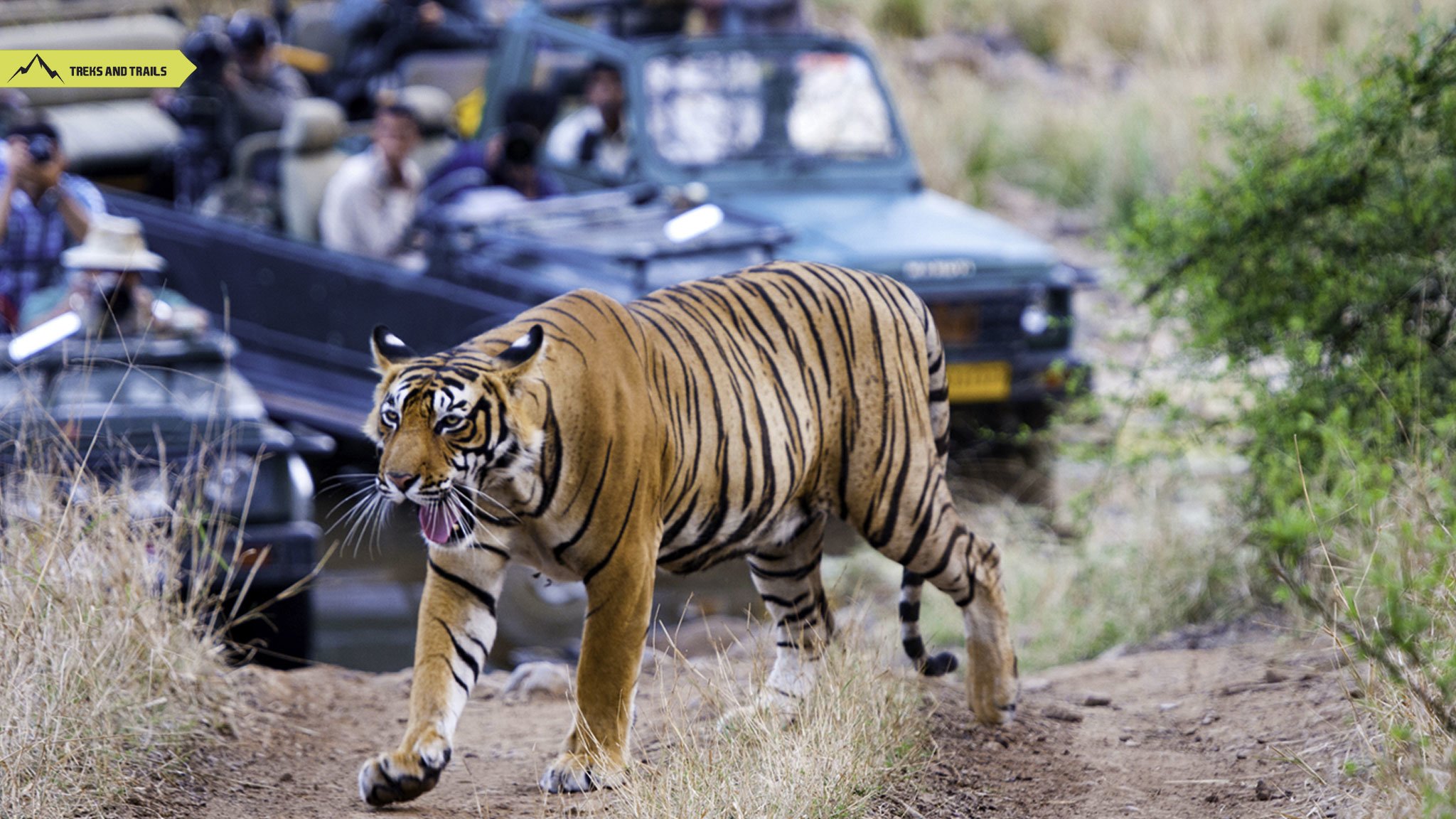 Spread over an area of more than 500 sq. km. covering riverine belts, hills, marshy depressions, lakes, streams and grasslands it is a perfect getaway amid nature. Jungle safari on jeeps is a delight to not miss out. The many lavish resorts offer a perfect getaway after the thrilling sights, architectural wonders and other city excitements.

The Keoladeo Ghana National Park also known as the Bharatpur Bird Sanctuary is among the finest bird reserves in the world. Lying between India’s most historic cities, Agra and Jaipur, it is a popular wildlife getaway.

Listed as a UNESCO World Heritage Site, Bharatpur is home to over 380 resident and migrant species of birds. The marshlands are particularly known the rare Siberian Cranes. Besides, it is also an excellent place to spot Nilgai, Sambar, Blackbuck, wild Boar, and large Indian Pythons sunning in the winter sun. Bird safari on cycle rickshaws is a delightful experience, an amazing addition to a Golden triangle tour.

The Chambal National Sanctuary bordering the Chambal River is one of India’s undiscovered gems. With access of the Chambal River, the cleanest of rivers in India, the sanctuary is blessed with the best of wildlife tour in India. The wilderness is home to several highly endangered species of birds and animals, including the Gharial, Gangetic Dolphins, Marsh Crocodiles (Muggers), several species of Turtles, etc. along with over 300 species of resident and migratory birds.

Bandhavgarh the “land of tigers” is undoubtedly the best place for some exciting wildlife expedition. Nestled in the lush wilderness of Central India India’s top dwelling for tigers, Bandhavgarh National Park has the highest density of Royal Bengal tigers in the world. The sight of the majestic tiger, up close and personal is beyond amazing.

The lush jungles are home to not just royal beasts but a royal fortress that traces its roots to the ancient texts of Indian Mythology.  After the Golden Triangle tour, Bandhavgarh is the ideal addition to the tour owing to thrill of exploring wildlife, bliss of nature and some amazing experiences.

Checking Out At Franchises For Sale? Why Franchising Is A Good Option

A monstrous measure of organizations are set up every year, except diversifying is often ignored as a potential chance for an individual to begin in business. Not only can establishment valuable open doors be accessible rapidly, but they also have the best achievement rate while managing new business companies. For the franchisor, it might endanger […]